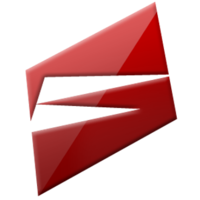 Free admission
Raid your own fridge! :)

When Storytellers Become the Story

For this 100th episode of Raid The Fridge, we welcome two leading business journalists covering the Southeast Asia startup ecosystems as our panelists for an "Ask-Me-Anything" (AMA) session: Jon Russell and Jum Balea.

What to ask?
We can begin with "What kinds of stories are happening in the SEA startup ecosystems but aren't being told, and what can we learn?" and then move to questions we'd like to get from you! Yes, we're crowdsourcing questions, which you can send to us during your registration to the event.

Why our speakers?
Journalists and the media play critical roles in the growth of startup ecosystems. Their stories allow startup founders and investors to find each other or for us to discover new tech or innovations that could rewrite how we create things and how people live, work, and play.

There's a lot we can learn from Jon and Jum, the chroniclers of our communities. Numerous stories make it to print, but there are also "off the record" stories. And for each published report, the behind-the-scenes involved a lot of fact-checking, due diligence, and interviews by Jon or Jum.

Our speakers have 20+ years' worth of covering business, tech, and startup news this side of the world. Both had access to different personalities, expertise, persuasions, conflicts, etc., in startup and tech communities in varying levels of maturity across Southeast Asia. And with the impartiality they've shown in their stories over the years, they make an invaluable source of lessons and insights.

Our session is not a tell-all session but an opportunity to hear two journalists share their perspectives and insights from covering startups and startup communities for years.

Jum Balea | @jumbalea
Based in Manila, Philippines, Jum is recognizable to anyone who follows tech news in Southeast Asia. Before her current role as Vice-President of Communications at VC firm Wavemaker Partners (SEA), she spent 15 years as a journalist, reporting on business and technology in Southeast Asia. Jum was part of the founding team behind The Ken Southeast Asia; previously, she was Managing Editor of Tech in Asia, a Y Combinator-backed media, events, and jobs platform. She supervised a team of reporters regionally co-led Editorial strategy. Other previous stints include writing and editing roles at media companies Rappler and ABS-CBN Corporation.