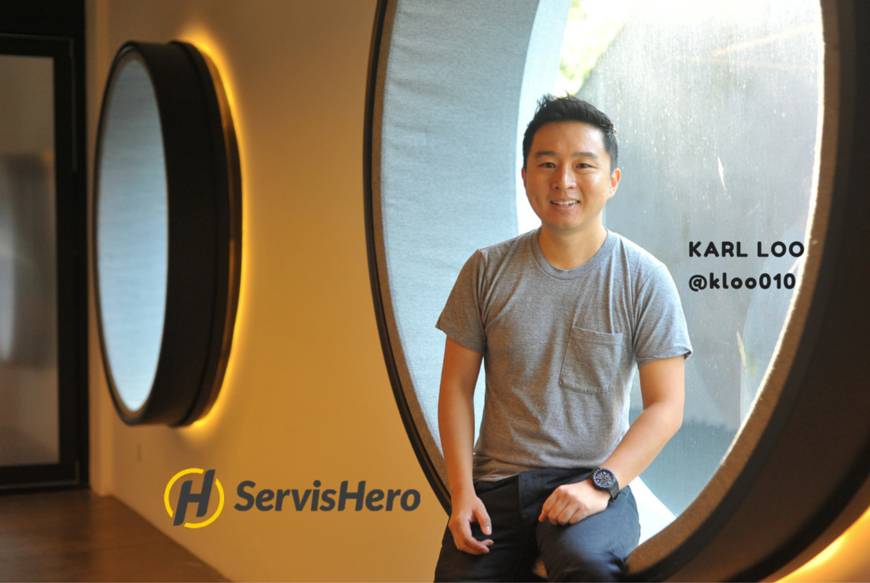 Success in Southeast Asia is often predicated on successful and scalable expansion across the region. And Karl Loo, founder and chief executive officer of ServisHero, is an expansion expert.

He joins our May Raid The Fridge Edition as he wants to get a better understanding of the talent, consumer appetite, and potential of the Filipino market.

While ServisHero isn't launched yet in the Philippines, he's looking forward to connect with the #startupPH community and talk about how local startups can scale regionally -- across Southeast Asia's heterogenous markets. That's super difficult to do, and Karl's learned a few amazing lessons when taking ServisHero regionally from its hometown of Kuala Lumpur.

So do join us: say hello to Karl, swap updates with old friends, and welcome newbies to the #startupPH community! And yeah, help us empty our fridge.

MORE ON KARL LOO
Karl Loo is the Co-Founder and CEO of ServisHero, the leading mobile marketplace for local services in Southeast Asia. Karl is a serial entrepreneur, with work experience spanning four continents (once upon a time, he was a corporate lawyer specialising in Information Technology law). Karl was a founding member, and regional Director for Groupon China.

In early 2014, his South African ecommerce websites were fully acquired by Naspers (Africa’s largest media company). And prior to returning to Malaysia, Karl set up the Silicon Valley offices for Y-Combinator company (W14), Memebox.com. Karl has undergraduate law and business (major: computer information systems) from the University of Auckland; and an MBA from the University of Oxford.

MORE ON SERVISHERO
ServisHero started off as an idea in February 2015 after Karl returned to his native Malaysia and was told to find an aircon repair person by searching for signboards attached to trees and lampposts. Seeing an opportunity to bring this traditional way of advertising for local services into the modern world, ServisHero was launched as a mobile app in June 2015 in Kuala Lumpur.

Today, ServisHero has offices in Malaysia, Singapore, and Thailand and is operational in 5 cities across the region. Each day, ServisHero processes thousands of quotations from its pool of thousands of local service providers. Karl is proud of the fact that ServisHero is a purpose-driven organisation with aims to uplift the income levels of millions of Small and Medium Enterprises and freelancers in South East Asia. Karl believes that mobile technology can unlock earning potential for workers resulting in massive economic transformation in ASEAN.