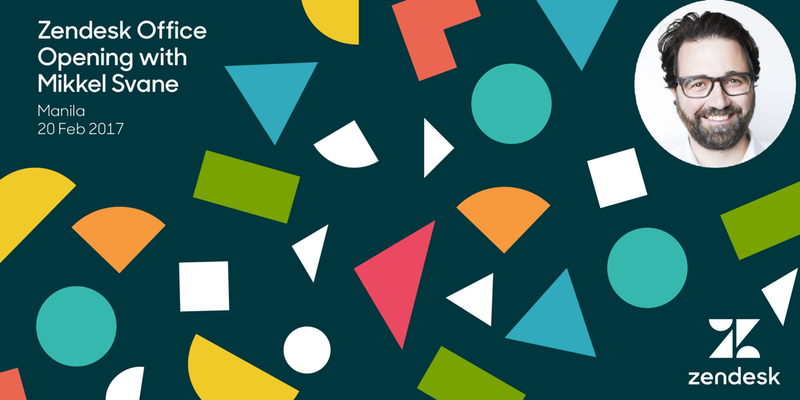 Hey, there. Ever read the book, “Startup Land: How Three Guys Risked Everything to Turn an Idea into a Global Business?”

Great news, Zendesk (in Manila) would like to give you the chance to meet and be inspired by MIKKEL SVANE, one of the three guys who risked everything!

Who’s Mikkel? He’s the CEO at Zendesk, a company he co-founded with two friends in Copenhagen. Zendesk builds softwarre for better customer relationships. By 2009, Zendesk moved its headquarters to San Francisco, and now has operations in Europe, Asia, Australia, and South America.

On January 2017, Zendesk was recognised as one of “30 Best Workplaces in Technology” by Fortune magazine. Certainly, Zendesk walks the talk: they know what it takes to create a workplace environment that employees love.

Zendesk teams up with Kickstart Ventures

Zendesk CEO Mikkel Svane will take the stage with Kickstart Ventures president Minette Navarrete for a fireside chat. Listen to Mikkel share his adventures (and mis-adventures) developing a business that “…just wanted to bring a bit of zen to the chaotic world of customer support” into an admired tech company.

If you’re a startup founder or corporate citizen looking to pick up tips on harnessing customer support to beat competition and grow your businesses faster, join the Zendesk mixer in partnership with Kickstart!

Mikkel Svane is Chief Executive Officer of Zendesk, a role he has served since co-founding Zendesk in August 2007 with two friends Morten Primdahl and Alexander Aghassipour. In January 2014, he was appointed Chairman of the Zendesk Board of Directors. Prior to founding Zendesk, Mikkel was founder and chief executive officer of Caput A/S, a software company. He holds an Academy Profession (A.P.) Degree in Marketing Management from Arhus Kobmandsskole in Denmark. Follow him at @mikkelsvane.